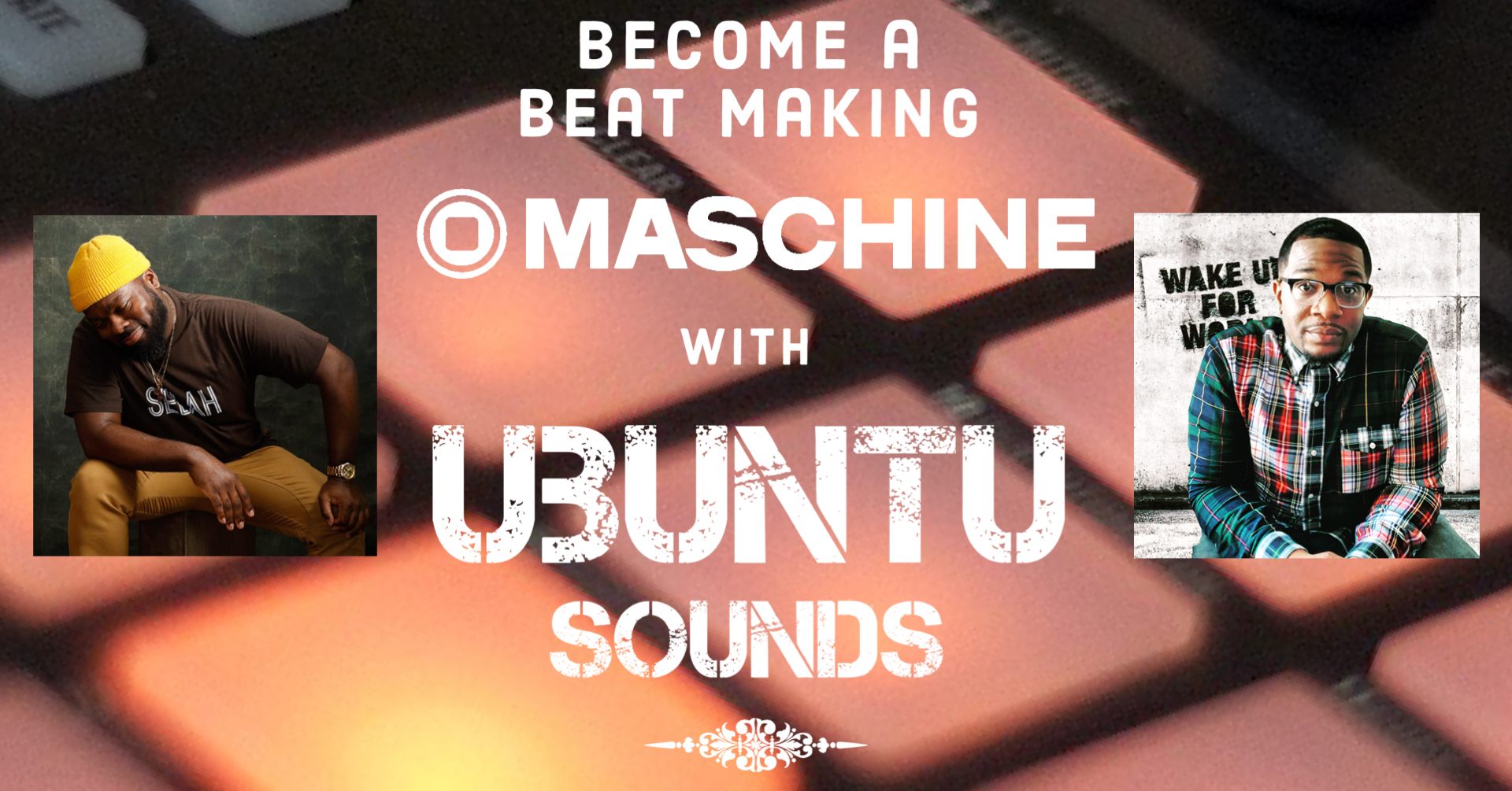 Join the artist/producer team Ubuntu Sounds composed of Nathaniel Star and Vintage on (dates) from (times) as they guide us through an in depth, hands-on orientation of Maschine, a popular MIDI based device/DAW used by many of today’s top beat makers/producers.  Participants will learn to creatively navigate Maschine for use in their own creative projects and learn about the dynamics of collaboration in a studio setting.

Vintage is a multi-genre producer and keyboardist.  Over the years he’s had the privilege of working in the studio with members of The Dave Matthews Band, KeKe Palmer, Stephen Hurd, and other notable artists across various music genres.  Currently Vintage is one half of Ubuntu Sounds with recording artist Nathaniel Star.

Nathaniel Star is a genre-less artist whose songwriting and performance credits feature some of the most respected names in the music industry like -Conway the Machine (Griselda), Jason Mraz, members of The Dave Matthews Band, En’Vogue, Vusi Mahlasela and many others. Nathaniel is one half of the eclectic production tandem Ubuntu Sounds with Vintage

*Extra session on Thursday, April 6 if anyone is into it